Today was a day trip to Warwick. It was the first time I used my InterRail pass for real. It appeared that nobody at Maryleborn station had a clue how it worked but I got on the train eventually.

The city itself is nothing special but they did mistakenly give me roast chicken with roast potatoes for dinner, so I give them high points.
Warwick castle is your typical highway robbery tourist trap but if you happen to think medieval castles are cool, you’ve gotta bite the bullet. I also got to see a trebuchet fire a flaming rock, so if you couple that with a roast chicken dinner… awesome.
Heading back now to London. I feel like this update is a bit of a let down without a picture of the flaming rock in motion but I decided to enjoy the event without my phone, like some kind of backwards peasant from the 1990s. 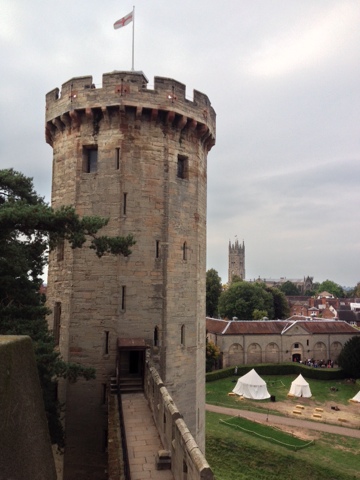