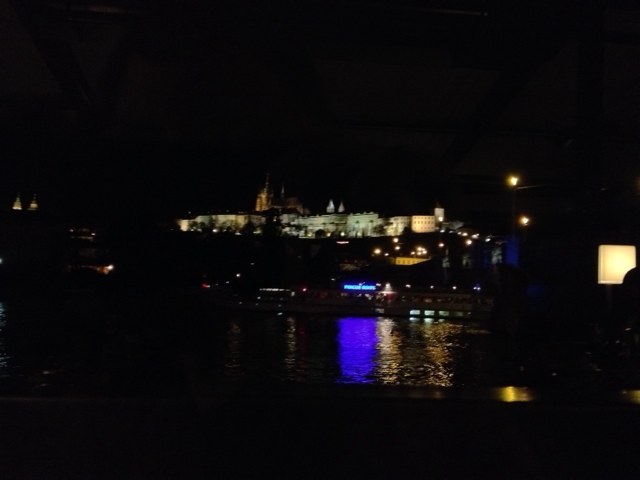 Rude! I returned to that delicious restaurant because the pizza looked fantastic and asked politely if it was possible to get tap water. What followed was certainly the loudest sigh I have ever heard. The woman was utterly disgusted with my question. Gee, sorry I don’t want to pay for your idiot pretend water from a glacier or whatever. I’m about to order an appetizer and a pizza, so you’re going to get your money (but your tip is in question).

I didn’t take a photo of my salad but it wasn’t my thing anyway. It was clearly good but the cheese with it was not my kind of cheese. I also don’t need a repeat bread picture. I ordered a pizza with chicken and some different cheeses. I don’t often take chicken on my pizza but I felt a bit like chicken tonight (like chicken tonight!), so I thought why not? 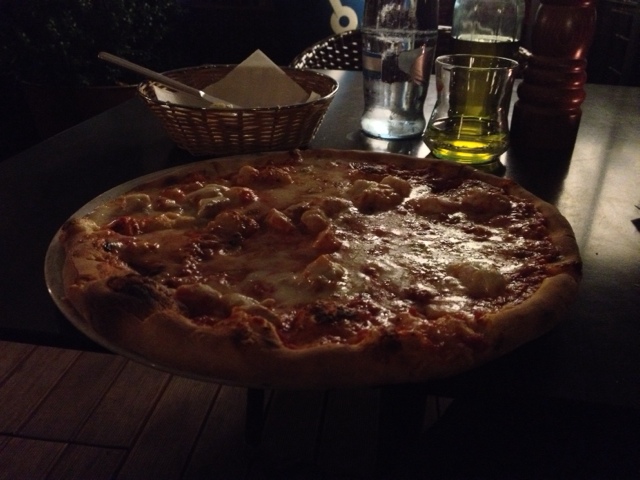 Actually, the pizza was not as good as I expected. It was mostly good except for the gooey cheese, which tasted like that cheap American stuff. It made me feel sick to my stomach after eating it. But the rest tasted good.
Unfortunately, a young chain-smoking 20-something year old girl (what the heck) said at the next table over and tried her best to kill me. Eastern Europe is pretty behind on the smoking laws and it’s unbelievable that someone so young would be a chain smoker. Great country to visit but bad to live in.
I heard from an Ontario girl at the hostel that black people shouldn’t go out of the main tourist area of Prague. People always think fondly of the past but come out east and realise it’d be like living with your grandfather. (clarification for family: I think we all know which grandfather I’m turning around to talk about – “when did you come from Jamaica?”)
Anyway, I took the opportunity tonight to have a look at Prague by night. The river and castle area are rather underwhelming but the old town has a wonderful and magical feeling to it. Still, I’d say the city is overall better by day. 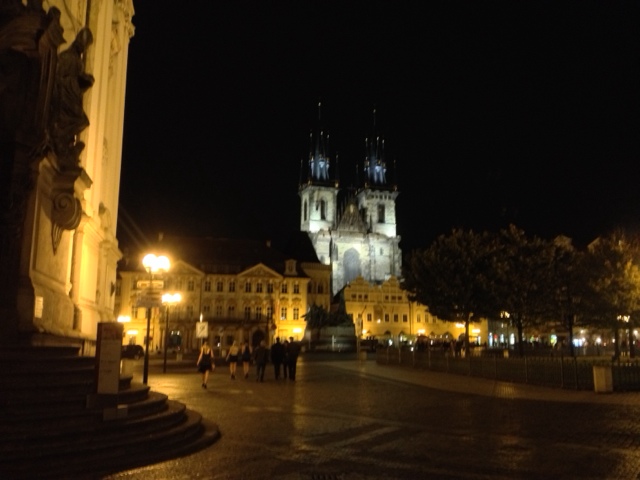 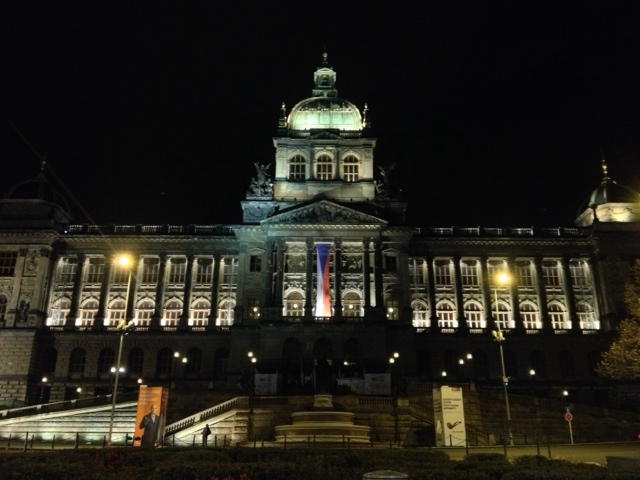