The ticket has been bought. The plans are in motion. Here are my current plans, adapted from an email to some friends.

I am leaving Saturday morning to Brussels. On Sunday morning, I will go to England, most likely London. It depends on if my friend, Felicity, is free then. Otherwise, I will save London for the end of England but I only plan to be in London for a day anyway.

Not sure how many days I will spend in England but the plan is less than a full week. Then I will take the ferry most likely from Portsmouth to Saint Malo, so I can go to Mont Saint Michel, one of the few musts on the list.

Getting out of there is a bit tricky, so there will be a lot of trains. I will wander around France, heading south to Spain, where I will spend some more time.

Eventually, I will head up the coast of France to Monaco. After that, it’s a mystery, which depends on time left and temptation. I will either head to Wien/Prague or might dip down to Rome/Napoli. We’ll see. 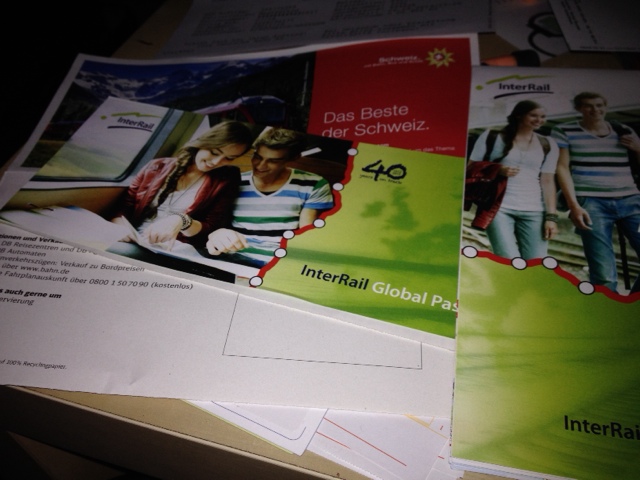